Liquid crystals are liquid organic molecules with crystal properties but at normal temperatures. As the intermolecular forces are weak, the molecules can be placed by weak electromagnetic forces.

Liquid crystal molecules are used in LCDs and also have optical anisotropy to create visible shapes. Depending on the location of the molecules, the panel is transparent or dark. 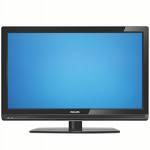 A passive matrix LCD consists of several layers. (Figure 1.11) The main parts are two glass surfaces joined with the seals. The collector windshield is applied to the surface to collect the incoming beam in one direction. The light then passes through the rear window part. ITO is used as electrode. In the final passivation layer of SiOx base, sometimes called thick layer, ITO is coated for electrical surface insulation. The polyimide is removed from the passivation layer to smooth the flow of the liquid crystal. The liquid crystal flow is sensitive to the electric field and changes its location when the electric field is applied. The liquid crystal is optically active at the same time and rotates the polarization direction of incoming light. The thickness of this layer is determined by means of intermediate plates. When there is no electrical potential, the polarized light turns 90 ° C as it passes through the liquid crystal layer. When the electrical potential is applied from one plane to another, the light does not turn. After the light passes through the liquid crystal, it passes from another layer of polyimide, from another thick layer, from the ITO electrode to the back glass. When it reaches the rear collector, it is either passed or sucked depending on whether it turns 90 ° C. 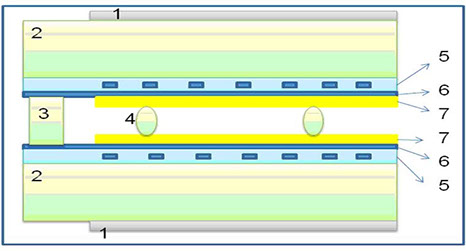